It has been a month and 3 days since Sebastian’s amputation, and almost a week of normal activity for him.  He’s doing great, honestly, though there have been some hiccups with his diet, lack of balance, etc.  But he’s happy and being goofy like usual (and still a little angry, as usual).

Our surgeon’s recovery instructions were a lot different from everyone else’s that I’ve read about – we kept him in a dog crate for two weeks, no jumping or climbing for nearly 4 weeks, and no interaction with the other animals for nearly 4 weeks.  But let me tell you…best thing ever!

Before the amputation, Sebastian’s normal daily life consisted of the following:

So, needless to say, he’s not your typical sleep all day kind of cat.  And with the exception of the first week, he wanted to resume his very active, very social lifestyle.  Oh, and did I mention he was a klutz even when he had 4 legs?  Keeping him locked up was an excellent idea.

When he finally got out:

Stairs were an instant no-brainer.

It took him 3 tries (2 scare-the-crap-out-of-mom falls) to return to his morning office chair routine.  Now he’s a pro. 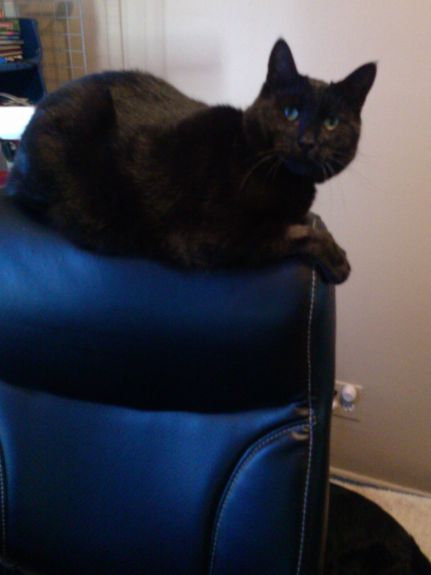 He started running at mostly full speed after a couple days.  Sometimes he face plants when playing with toys.  Does it make me a bad person if I laugh?  I’ll take a video later.

He was afraid of the cat tree for a couple days but has slowly re-gained his confidence, and he’s learning that running full speed and jumping onto it is a bad idea.  For now, the hammock is sufficient: 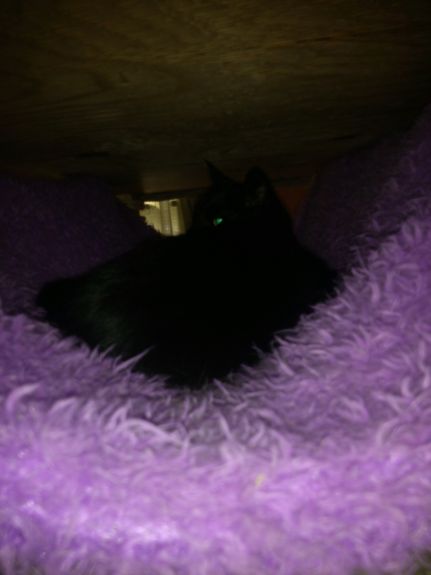 And he didn’t really have a choice in the matter of wrestling with his brothers.  They’re jerks. 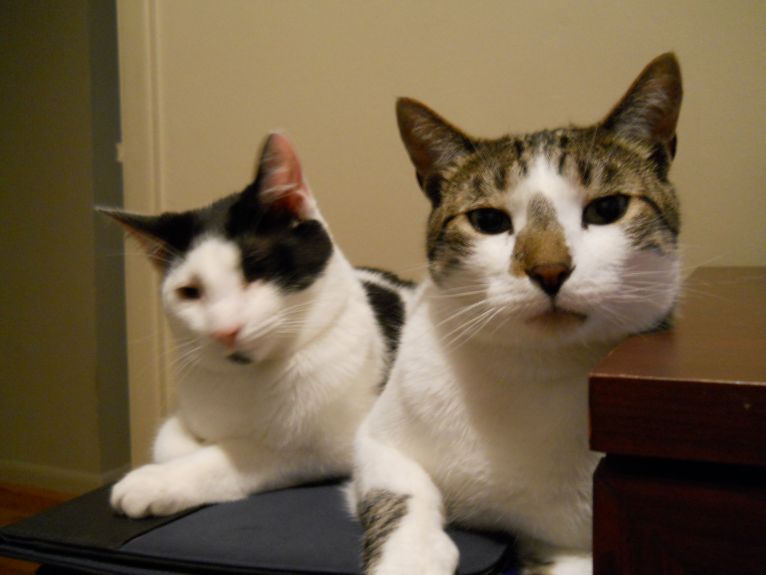 4 thoughts on “Loving life as a tripawd”