Today it has been 2 months since Sebastian’s amputation! He’s doing well, I think. There have been no new lumps or bumps, no illness to speak of, and he’s getting around like an almost normal cat.

Mobility wise, he runs just as much as before but it’s somehow cuter now. Maybe it’s just me. He has always been pretty darn cute. He also doesn’t play with the same toys he used to. He used to love chasing those little plastic balls with the bells in them, but he hasn’t touched one since before the surgery. Now he prefers anything he can pick up in his mouth and carry around. My yarn, for example: 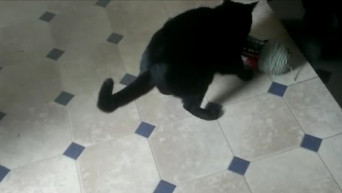 Sebastian still jumps up on top of things all the time, but he takes the long way up now. Sometimes I worry about him jumping down from places, especially if he gets spooked and makes a quick exit, but really what is there to be done? Hopefully he’s smart enough to take good care of himself.

I did start him on Dasuquin for his joints and I’m going to start giving him fish oil again for his skin & coat. I wanted to start some sort of joint supplement just because no matter how many times the vet tells me “cats do so well!” I can’t help but think about the redistribution of weight on three legs. The fish oil is nothing new for us but I got away from it for a while. Sebastian has allergies (grain, I think) that make his skin dry and itchy, and that makes him over-groom and go bald. He’s on a grain free diet but the fish oil helps his skin too.

Speaking of his skin and coat, his fur is growing back in beautifully. Woohoo! 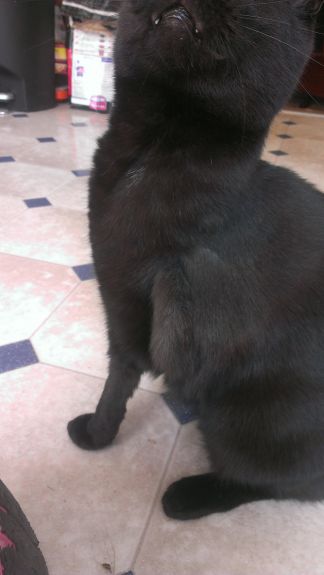 The only spot that isn’t growing back in is where the IV was, and I’m 99% sure that’s because he’s licking it and wants to look funny forever. 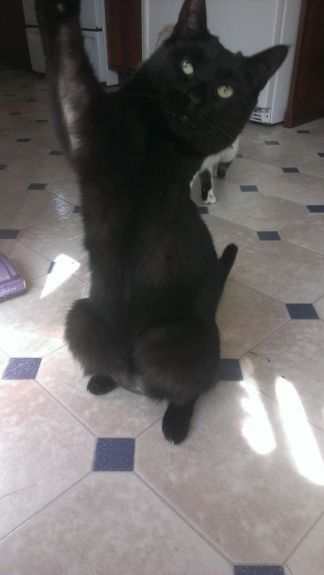 And last but not least, since it’s a special day, he got a special meal: 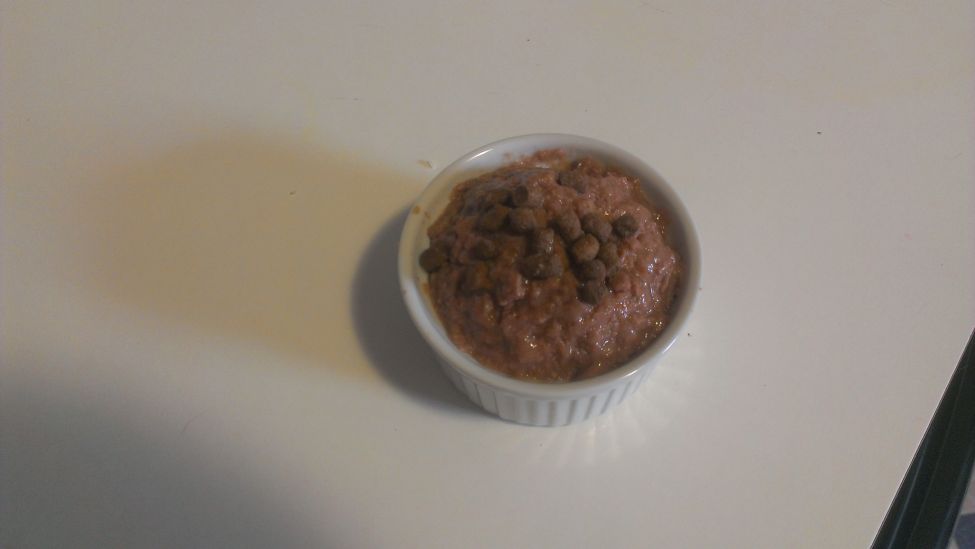 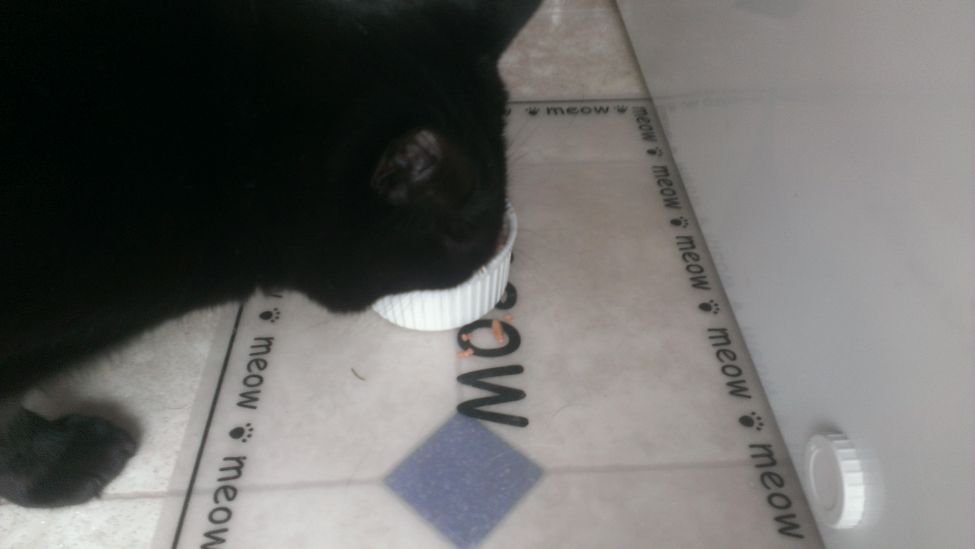